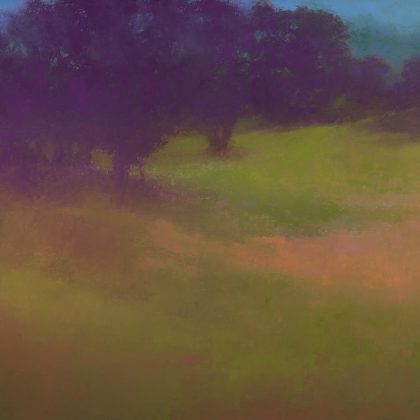 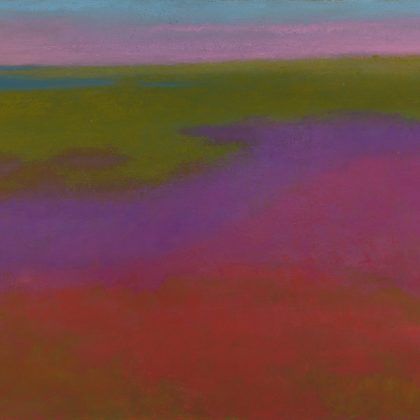 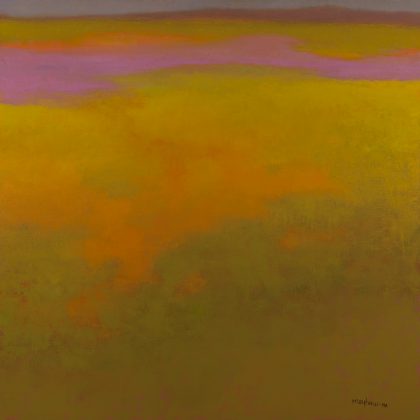 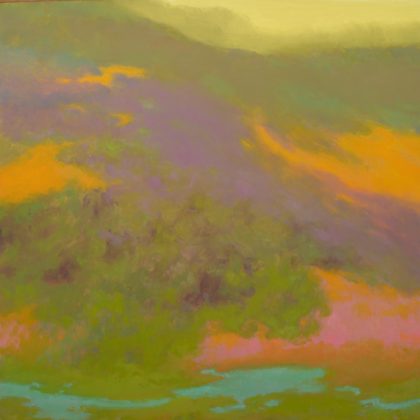 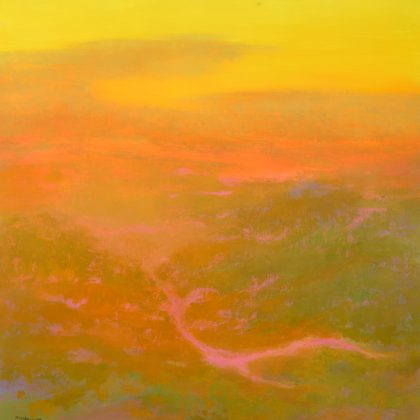 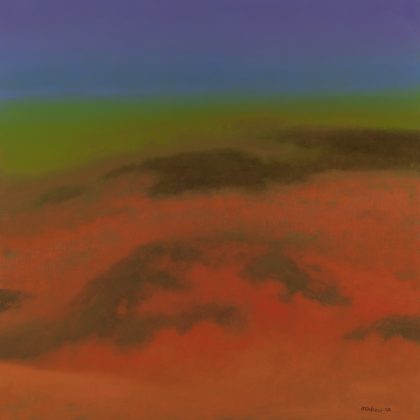 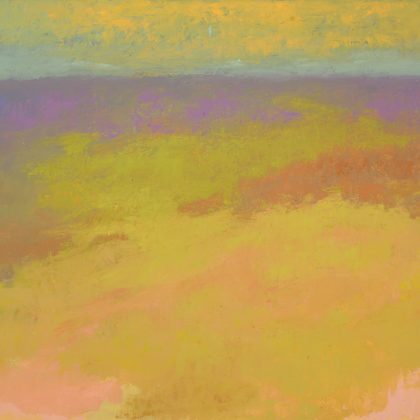 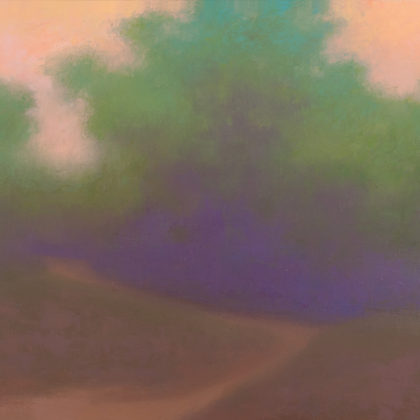 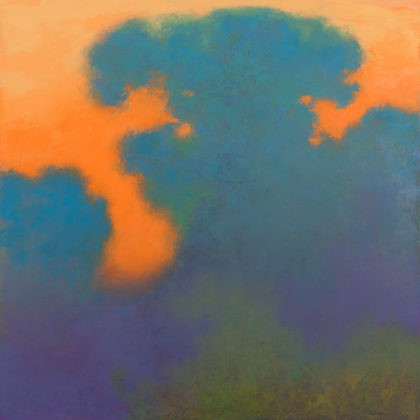 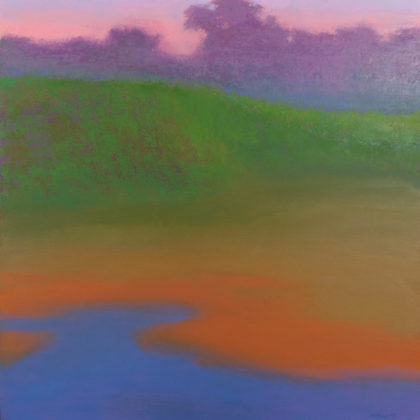 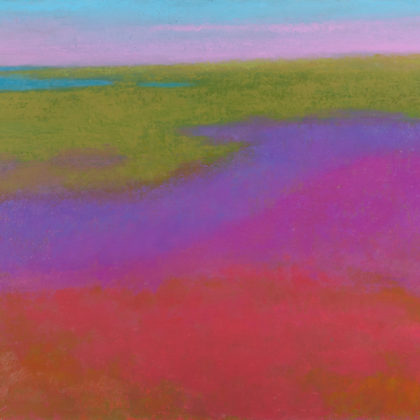 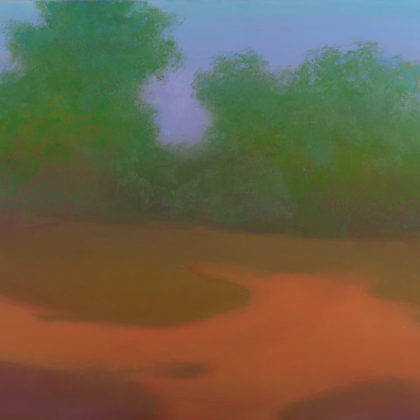 Mayhew’s landscape paintings aren’t the facts of a landscape but the spirit of a landscape. That spirit, emerging through a haze saturated with color, shimmers.

Born in 1924 and raised in Amityville, New York, on Long Island’s south shore, Mayhew’s passion for painting was sparked by watching the artists who summered in the environs of Amityville and painted its scenic shoreline. Inspired by these artists, young Mayhew used brushes and paints from his father’s sign painting business to copy what the artists were doing. When Mayhew was fourteen years old, one of the artists recognized the young man’s talent and taught him the fundamentals of drawing and painting. Throughout his teen years, Mayhew made several trips into New York City to study the works of the European and American masters on view at the Metropolitan Museum of Art. By age seventeen, he’d made up his mind to become an artist.

Mayhew moved to New York City, in 1951, a crucial period in American art history. Abstract Expressionism, the first truly homegrown American art movement, was electrifying the public, igniting passionate discussion among the cognoscenti about what constitutes art in the first place and what is its purpose in the public realm. Mayhew, now a student at the Brooklyn Museum’s school of art, with additional courses at Pratt Institute and Columbia, thrived in this fevered environment. The painterly freedom of the Abstract Expressionists had a profound influence on Mayhew, opening his canvases to the wild essence of being that was in kinship with the spirituality of his heritage.

Critical notice came quickly. Mayhew had his first solo show in 1955 at the Brooklyn Museum. In 1959, he won the John Hay Whitney Fellowship, which funded a year of study at the Accademia delle Belle Arti in Florence. A subsequent grant from the Ford Foundation allowed Mayhew to remain in Europe after his training. His exposure to the rich history of European art further expanded his vision. He was particularly excited by the French Impressionists, whose experiments in light in color would inform Mayhew’s landscapes.

When Mayhew returned to New York in 1962, the city and much of America were in the throes of the Civil Rights Movement. Artists, especially African American artists, involved themselves in the struggle. In 1963, Mayhew joined the Spiral, a group formed by Romare Bearden, Charles Alston, Norman Lewis and Hale Woodruff, to discuss the role of African American artists in the politics and culture of America. Though Mayhew was an active participant in the Spiral and the Civil Rights struggle, his art, unlike that of his Spiral colleagues, was not grounded in African American themes. He remained true to his pursuit of transcendence through the spirituality of landscape.

Mayhew is equally respected as an educator. He has taught at the Brooklyn Museum, the Art Students League, Smith College, and Pennsylvania State University, where he retired as Professor Emeritus in 1991 after fourteen years at the school. During his Penn State years, Mayhew travelled across America. He was deeply affected by the color, shapes, drama and spirituality of the American west. Upon his retirement from teaching, Mayhew and his wife moved to Santa Cruz, California, where he continues
to paint.