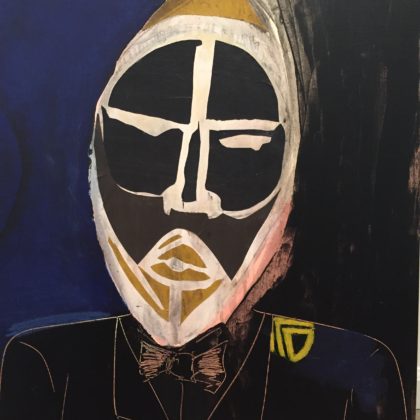 “I’m using my roots as a black male artist to discuss black identity in America and the fight against racism.” 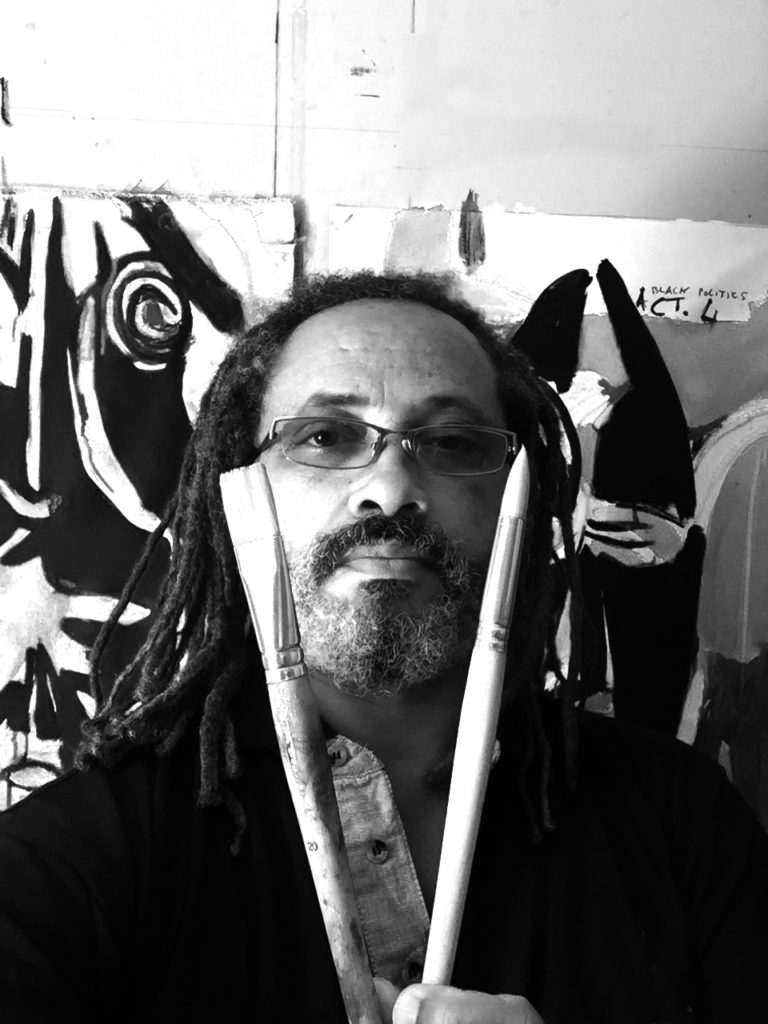 Curious to know what inspired Black politics act i?

“Magic exists in coloured places, where we should not be.”

October 30, 2019, Atlanta, GA – September Gray Art Gallery is proud to present  Black Politics, Act One, a solo exhibition by artist  Frank Schroeder. This exhibition explores black identity through  the lens of an Afro-European son of a French woman and an African man from the Ivory Coast.  Like many bi-cultural artists, Afro-Europeans’ work is often excluded from discourses about Black identity, with parallel colonial histories  throughout the African Diaspora in Africa, Asia, Europe, the Caribbean, South Central and North America. A classically trained artist in the tradition of Cericault, Delacroix, Picasso and Matisse, Schroeder creates a dialogue between classicism and  Art Brut with hip-hop inspired neo-expressionist graffiti art from the 1970s and 80s. He integrates deliberate, rapid brushworks combined with vivid colors and contrasts that are reminiscent of fauvism on canvas, cardboard and acrylic. His choice of material expresses the juxtaposition between European and African sensibilities  gleaned from a colonial history, that is at the forefront of this body of work. Schoeder creates a potent expressive aesthetic that tells his story quickly and viscerally with an urban cadence. Gallerist, September Gray asserts, “Frank’s paintings are an affirmation of Black identity in which fighting for emancipation and freedom is intricately intertwined with the post-colonial black experience.”

In the spirit of  classical theatre, Schroeder has divided Black Politics into two acts, of which the first is on view until early 2020. Like classical theatre, the ideas and process of painting parallel the action on a stage. His inquiry about identity as a Black man in the world is the pinnacle of his narrative, and the resolution is within the imagery that gives definition to the African mask.

Symbolically Schroeder’s use of the mask is gleaned from a history in which the Dan people of Liberia and the Ivory Coast sewed small masks onto a piece of cloth and carried them in a leather pouch, hence called, passport masks. “ This body of work is rooted in my experiences growing up between two continents during a tumultuous war born from French colonial history that inspired me to try to change the world with each brushstroke. This is personal work that addresses silence, endless waiting, loneliness and invisibility that shaped the development of how my identity was defined by others and myself.” 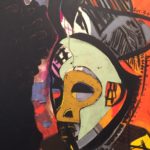 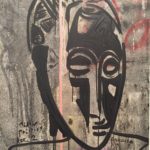 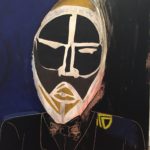 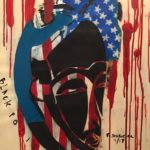 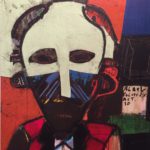 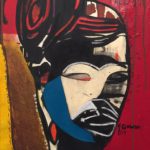 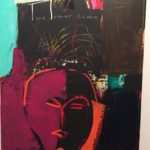 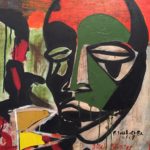 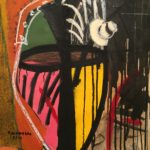 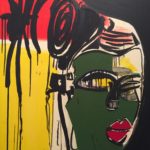 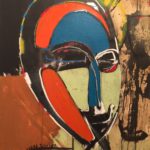 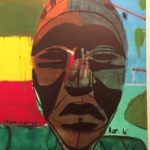 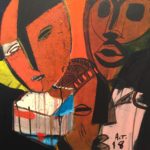 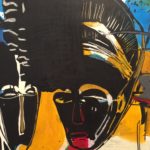 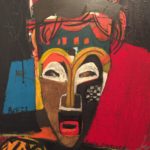 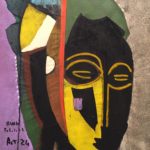 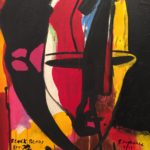 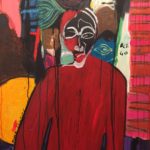 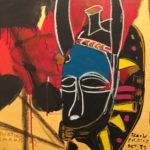 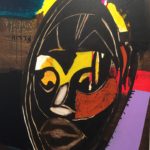 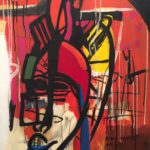 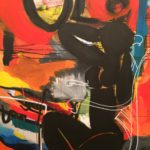 Cool in the Storm