…for those that dream…and continue to do so. 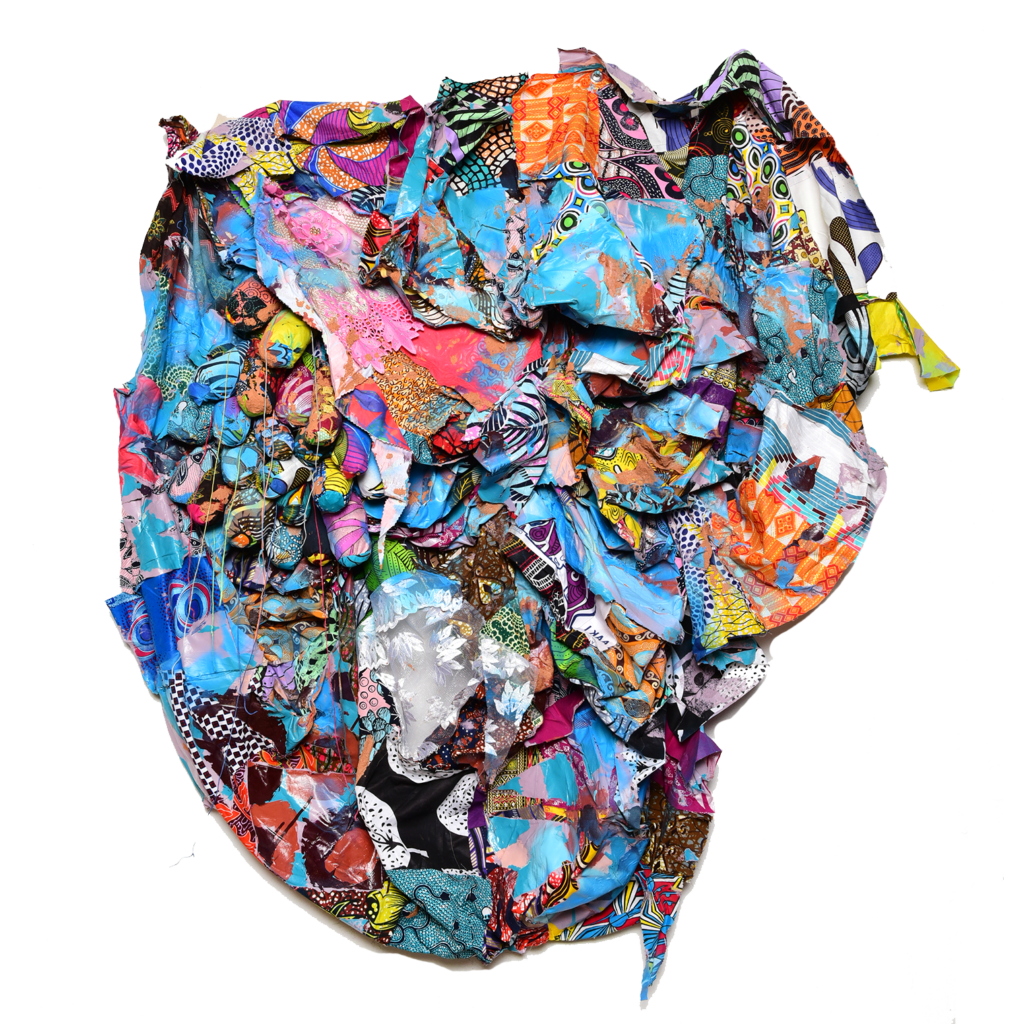 Jamele Wright, Sr. is a textile artist influenced by ancestral narratives and Black American vernacular. Wrights sculpture-like pieces show found materials such as Georgia red clay and Dutch Wax cloth, all representative of intergenerational messages about transit and migration. He describes his works as portals inspired by the histories of the “Great Migration” in America.

Wright has a background of practice in jazz and spoken word poetry. After curating a gallery space for over a year, he committed to pursuing a career as a working artist. After earning a B.A. in Art History from Georgia State University, he continued his studies and completed a Masters of Fine Art from The School of Visual Arts in Manhattan, New York. Wright has shown in galleries, group exhibitions and has been awarded, several fellowships.

Collectors and Art Consultants may contact the Gallery Manager for appointments.
likisha@septembergrayart.com 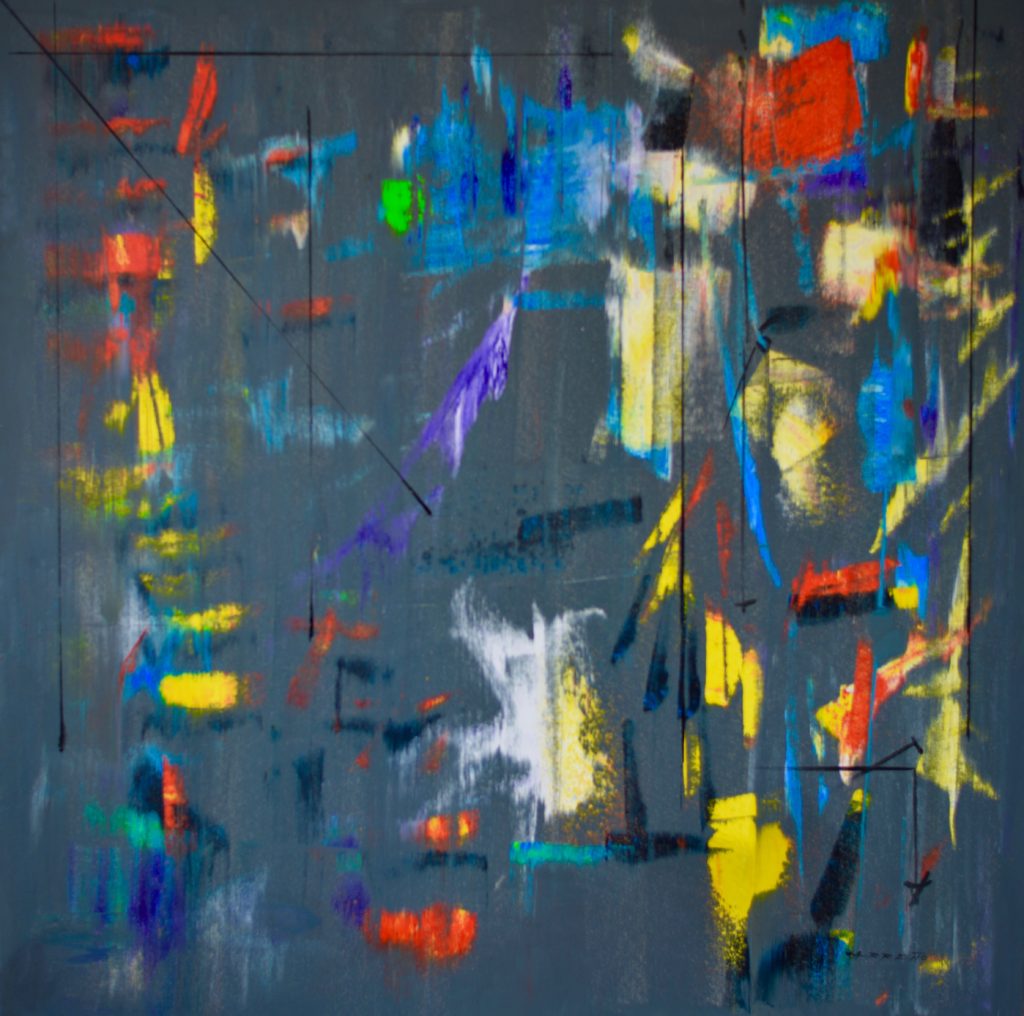 Antonio Carreno is an abstract painter who honors the traditions of surrealism in Latin art histories. He studied at the National School of Fine Arts in Santo Domingo, his native home. Carreno describes his work as full of lyricism, spirituality, playfulness, and expressiveness. Art critics have suggested that his paintings portray concepts of writing in code and transmitting sacred messages. His most current body of work witnesses to mysteries of his subconscious and spotlights his approach to free expression.

Collectors and Art Consultants may contact the Gallery Manager for appointments.

Opens online and In the Gallery february 16th 2021

Start the Guided Tour, and then use the arrows on your keyboard and on the screen to navigate in the gallery.

Click here to launch the exhibition on a new page.

He maintained an active career as a practicing artist, teacher, curator, collector, art administrator, and art consultant. He lectured across the globe and his works are included in major collections of art museums throughout the world. Driskell authored several exhibition catalogues on the subject of African American art. He received numerous fellowships, awards, and prizes, including three Rockefeller Foundation Fellowships and a Harmon Foundation Fellowship. In 2000, he received the National Humanities Medal from President Clinton.

Master Artist David C. Driskell and Master Printmakers Curlee R. Holton and Jase Clark began collaborating in 2003 and never stopped. They produced over 40 creative projects together, with two in progress at the time of Driskell’s passing. Often when artists join forces, difficulties arise in navigating egos, ideas, and differences in styles. For these creatives, that was never the case.

Driskell and Holton shared a uniquely harmonious collaborative relationship and friendship, rooted in respect and admiration for each other. As artists, scholars, and professors alike they worked side by side in several capacities. The pair developed a natural ease in working together, utilizing experimental printmaking techniques both at Raven Fine Art Editions and Lafayette College’s Experimental Printmaking Institute, both institutions founded by Holton. In 2014, Holton was appointed Executive Director of the David C. Driskell Center, further developing the duo’s relationship.

These creators had a great deal in common, from their shared aesthetic philosophy to their ambitions in promoting the growth of artists from diverse backgrounds. The work they made together leaves a legacy of unparalleled teamwork and passion that should serve as an example of what can be accomplished when we work towards a common goal whether in art or society at large.