Alexi Torres discusses the relationship between nature and man in a contemporary context emphasizing the interconnectedness of all living things. His works are exceptionally complex communicating mystery, imagination, and an element of surprise. He creates a distinctive signature, intricately weaving together organic and symbolic elements to create monumental works, which challenge the viewer to see beneath the surface into the archetypal qualities of his subjects.  He seeks to initiate an urgent dialogue on the effects of human thought and behavior on the ever-changing environment. “Beauty is found in the fragility of life,” says Torres, “We must see the interconnectivity of all things and appreciate how life is always slipping through our hands.”

Torres taps into universal collective memory and stimulates the imagination with playful themes and ironic juxtapositions relevant to the contemporary experience. His series range from portraits of ordinary people, cultural, military, and political icons to a diverse sampling of symbols from popular culture. These images are then reimagined and reconstructed employing his unique multi-layer painting technique.
Inspired by the agrarian lifestyle of his friends and family, Torres plants an idea for each new work and harvests it at completion according to the lunar patterns followed by his ancestors in his native Cuba. To record this ritual, each painting is begun and finished on a waning moon and recorded with his signature on the canvas.

Alexi Torres was born in 1976 in Bermeja, a small village about 70 miles southeast of Havana, Cuba. From 1989-1991 he studied at Escuela Provicial de Artes in Mantanzas and 1991-1995 at Escuela Nacional de Artes in Havana. 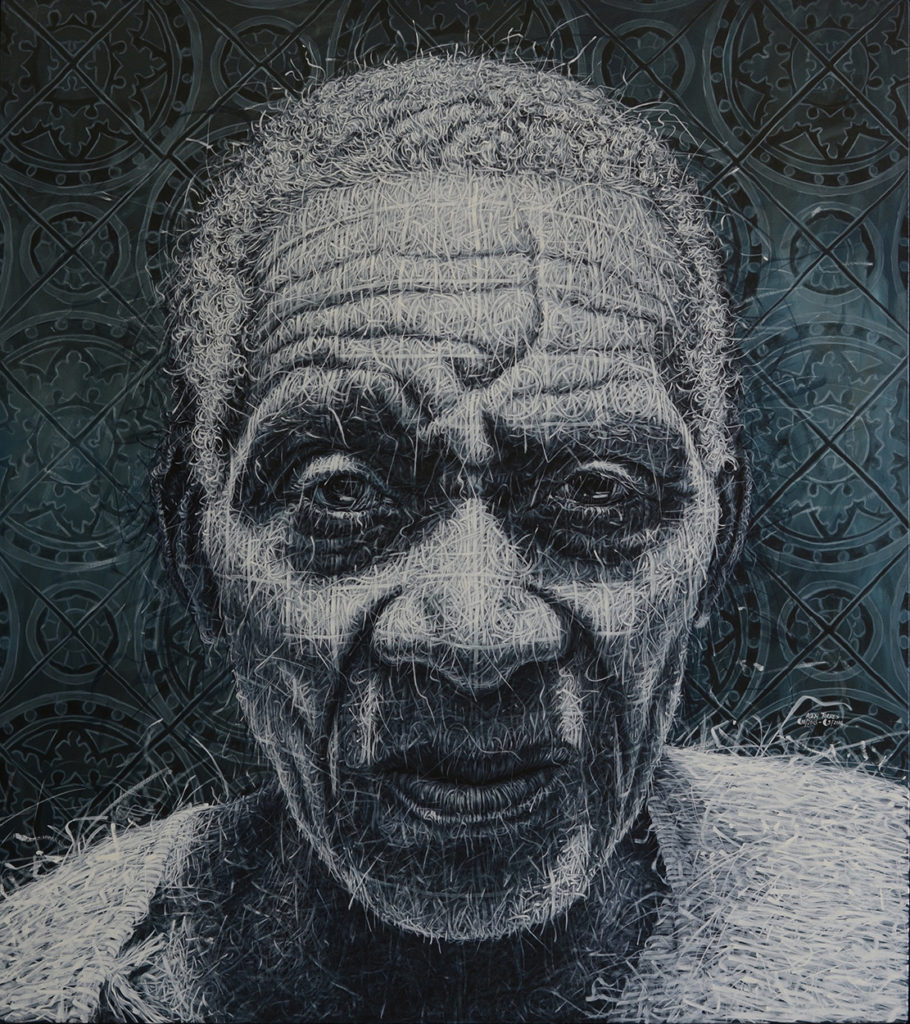 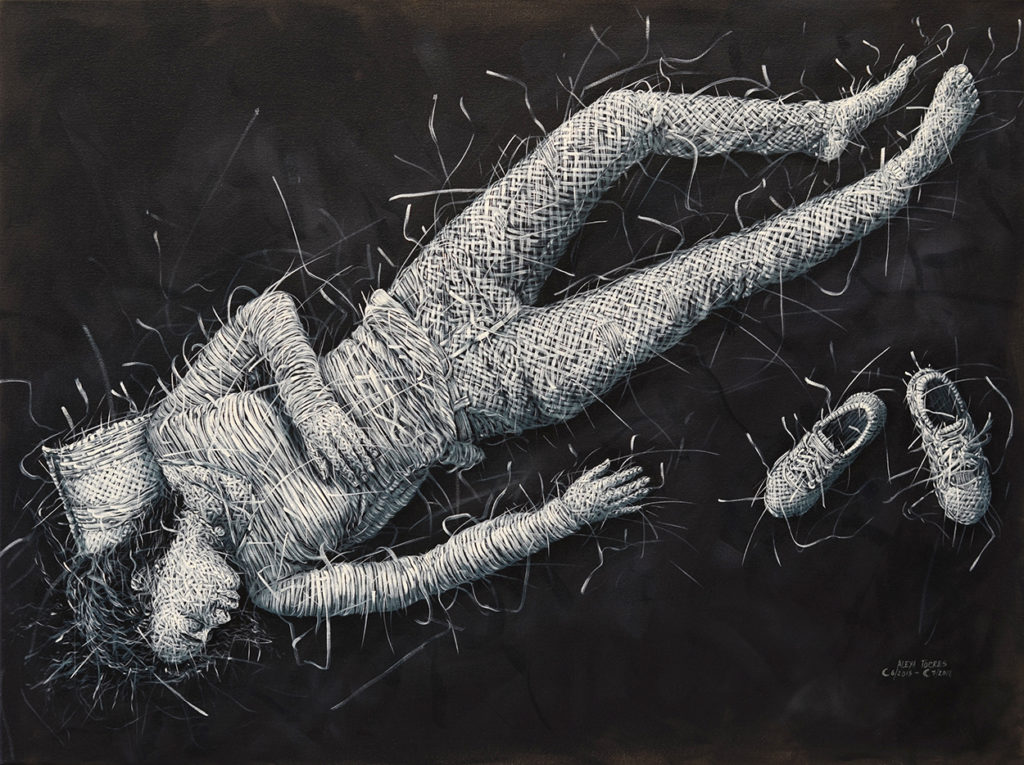 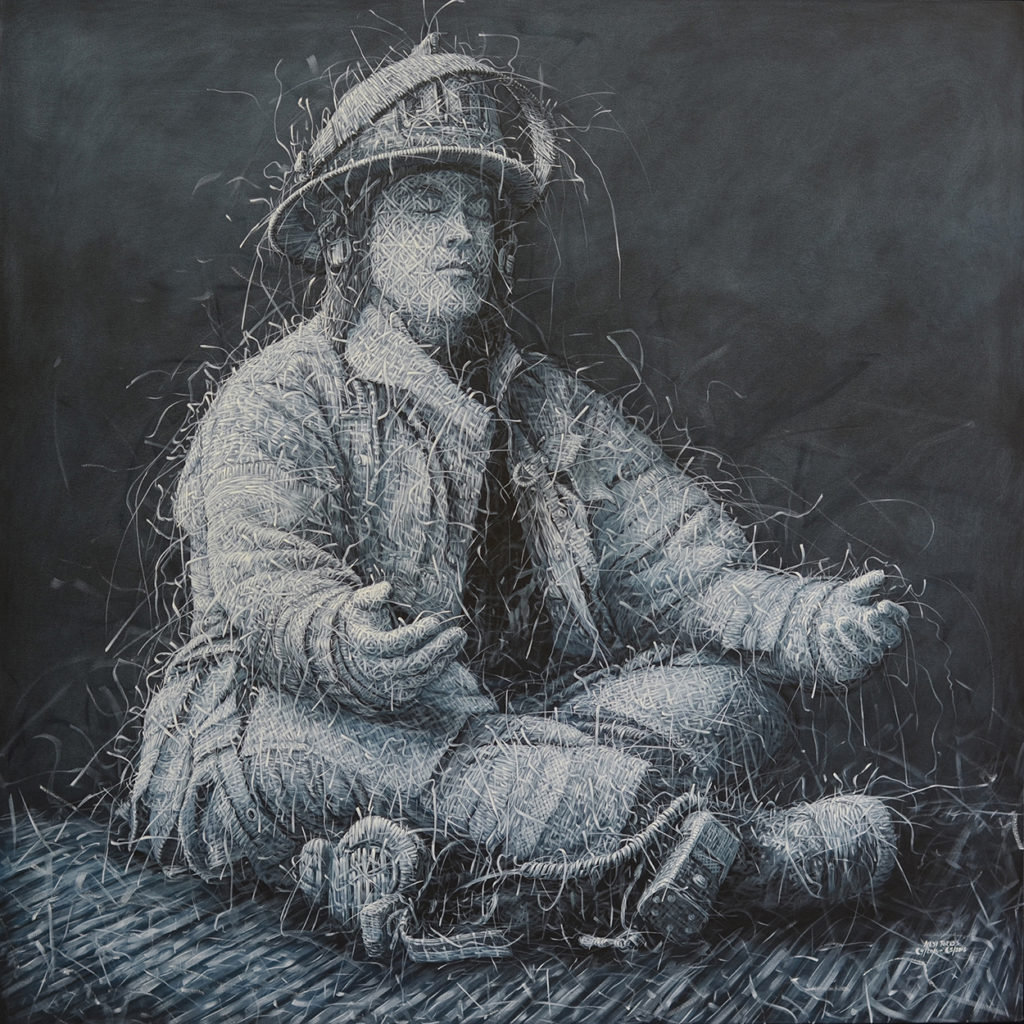 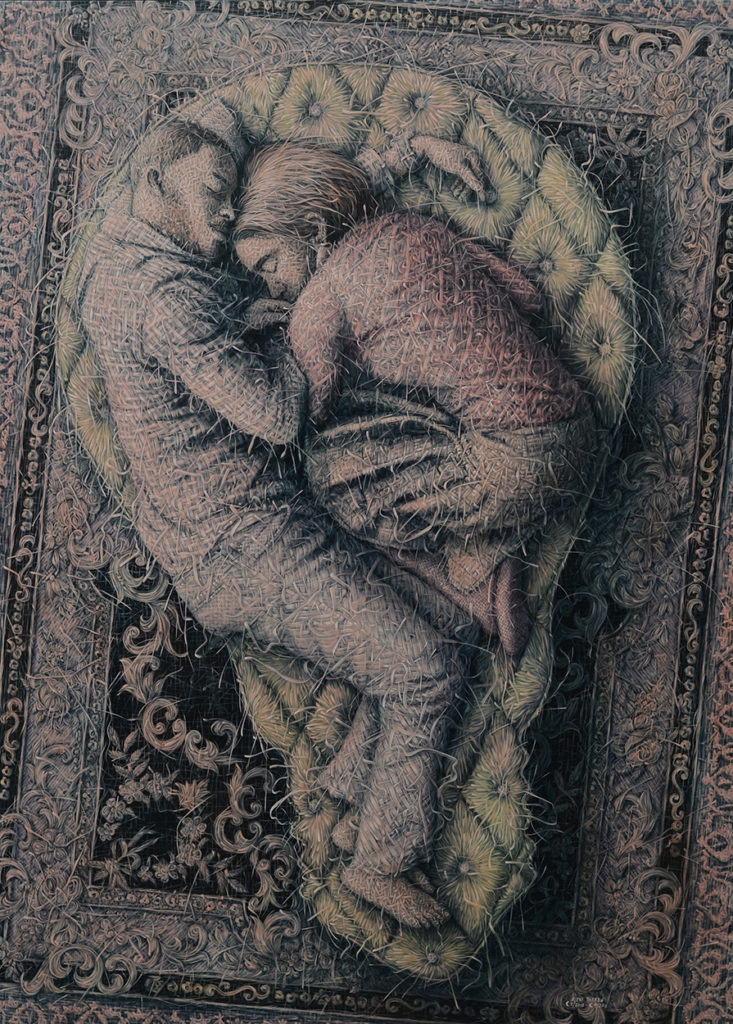